I’ve written about this word before.

It’s funny that I feel inspired to write about “no” when I’ve just begun an improvisational comedy class where the motto is “Yes, and . . . “

So I want to first acknowledge that I definitely subscribe to the philosophy of being open to life, open to possibility, and open to new experiences.  YES!  And. . . It’s still OK to say no.

I see it often in my coaching practice:  high-achieving, hard-working, kind and generous parents and professionals who have a hard time saying no.

Some of them have a hard time saying no to a fun night out even though they are exhausted.

Some have a hard time saying no to their work colleague who pops in to chat at the end of the day, even though they’re dying to get home.

Some have a hard time saying no because they think they can do it all – all of what’s already on their plate AND that new thing, too — but then find that it takes longer than they think, and the unexpected little things all add up.

Some have a hard time saying no because they know they are capable of doing that thing well, and they don’t want to let others down.

Most of us have the best of intentions when we take on more at the request of others (or ourselves). We want to be helpful, supportive, and productive. We want to show up for others and live life fully. We don’t want to let others down.

Showing up for others, being open to new experiences, and being of service are wonderful reasons to say yes.

The problem comes when the “yes” leads to exhaustion, overwhelm, stress, poor self-care, or irritability (etc.) in yourself.  The fear of letting others downs can end up letting yourself down — or someone very close to you.

I know you’ve been there. Some of us are there more than others. Are you there now?

Here’s a little tip I came across years ago:  Just because you can, doesn’t mean you should.

You are talented, competent and capable of doing a lot of great things.  You want to be thoughtful, helpful, productive and kind.  When there’s something to be done, you may feel like you should jump in and do it.  Well, not necessarily!

The point is to be conscious of the trade-off.

I struggle with saying, “no” at times, too. Like you, I am capable of doing a lot of great things. I don’t like to let people down. I want to be helpful and contribute to my communities.

So I struggled when the President of the Parent Association at my kids’ school asked me to co-lead a new initiative with her. I really liked her and thought it would be fun to work with her. The initiative was a worthy cause and one that I was sure I could do well.

However, I was already overcommitted.  I knew in my gut that another project would be too much. And still, I was leaning toward accepting.

I paused long enough for the President to notice my hesitation. She then said something unexpected:  “It’s OK to say no.”

I was so relieved. All she had to do was reassure me that she wouldn’t be upset if I said no. And then the no was clear.

So that’s my second tip for you . . . whenever someone asks you to do something that is optional, imagine that person following up the request with, “It’s OK to say no.”

And if you want to decline, but can’t right away, perhaps you can say, “Let me think about it.” Then give yourself some time to consciously consider what you will happily say “no” to, in order to make room for this new, “yes.”

Let me know what you think!  I always appreciate your comments ( : 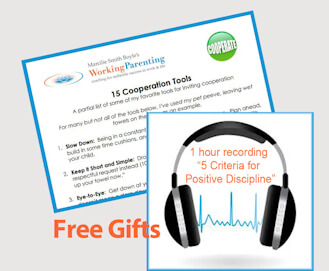 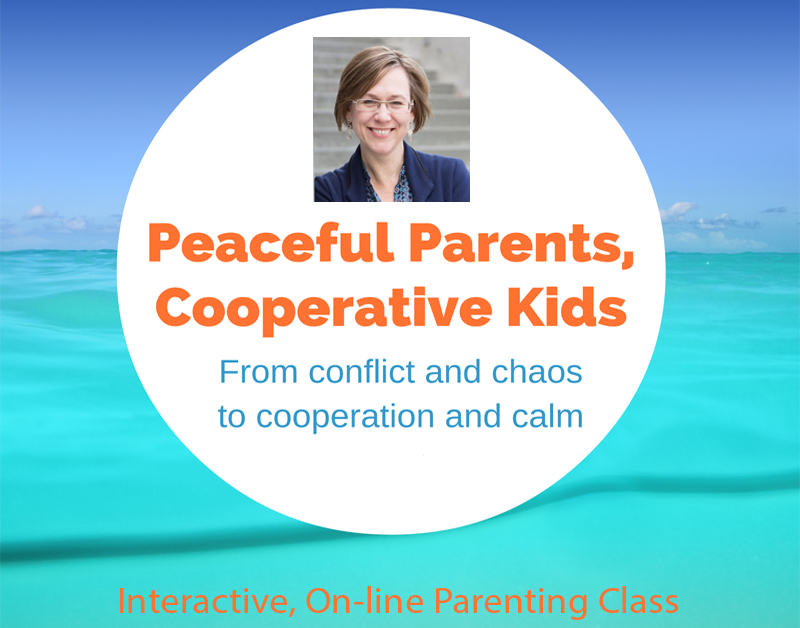 This highly interactive, experiential, and fun (even online!) Parenting with Positive Discipline workshop series will help you show up as the parent you want to be, and create a home where respectful cooperation is the norm. You’ll get tangible, practical tips and tools that are easy to implement and work right away.
Learn more

October 2 – 3, 2021, from 9 – 5 PST both days
This two-­day interactive workshop is designed for early childhood educators, teachers, and caregivers who work with children from birth to six years of age.
Learn More 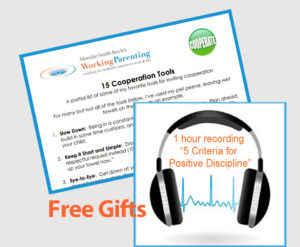